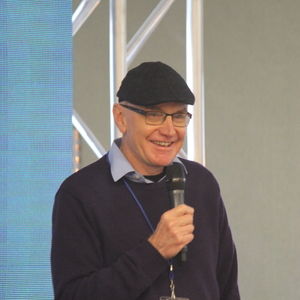 Gordon has spent significant years with Evangelical Alliances serving eleven years as General Secretary of the European Evangelical Association then as Associate General Secretary of the World Evangelical Association.  Prior to those roles with EA he had been very involved in student work. Gordon is now using the experience he’s acquired building cooperative global movements and initiatives, facilitating and empowering others to work together for the vulnerable: orphans and vulnerable children, the persecuted, the displaced and the trafficked. Gordon is especially concerned to empower children and youth.

He’s also very involved in a digital media initiative, ‘One We Stand’, which will hopefully mobilize audiences to actively fight suffering globally. This content-driven cooperative platform plans to share transformational stories of God’s grace in dark places to inspire responses that are themselves transformative.