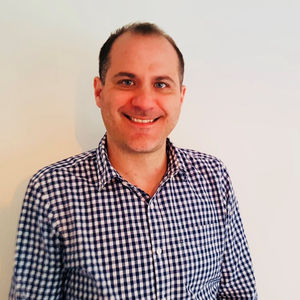 Phil is the chief executive of Home for Good, an organization that exists to find a home for every child who needs one by inspiring Christians to step up to foster and adopt and by equipping churches to support those that do.

He’s motivated by his hate of injustice, an unquenchable hopefulness, and the belief that ordinary people can, and the Church should, make a difference in the world.
Phil is married to Hannah and has two small children, Isaac and Tilly. He’s a member of Community Church Bishop Stortford. He enjoys watching box sets (because these days his attention span is too short for films), DIY, gardening, and sitting down to read National Geographic magazine or a book by Malcolm Gladwell with a slice of his Grandma’s fruit cake and a glass of red wine.

Previously, he’s been a student (twice), a youth worker, author, editor, project manager, and for one slightly surreal – but formational year - had an associate pastor type role in a Pentecostal church in rural Uganda. During that year he also co-founded a small international development charity called A Little Bit of HOPE, which funds community-led development programmes in rural Uganda.

Favourite book of the Bible: Ecclesiastes.