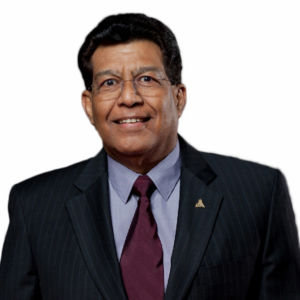 Rev. Dr Prince Guneratnam is the Senior Pastor of Calvary Church which meets at the Calvary Convention Centre in Kuala Lumpur, Malaysia.

He has a strong pulpit ministry that extends far beyond the boundaries of his own church. A gifted evangelist and has led multitudes to Christ all over the world. He has founded, established and instituted a number of humanitarian ministries.

In recognition for his meritorious services, Dr Guneratnam was given national recognition by the King of Malaysia with two prestigious awards. In 1999, the “Panglima Jasa Negara” (Order of Distinguished Service) award which carries the title of “Datuk” and in 2008, the “Panglima Setia Mahkota” (Commander of the Order of Loyalty to the Crown) award, which carries the title of “Tan Sri”.