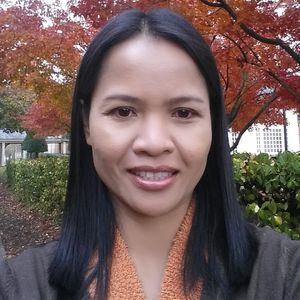 Orphan Promise (CBN), Assistant to the Regional Manager for Asia-Pacific

Songkran grew up in northern Thailand and holds a Bachelor of Arts in Political Science. After working in Bangkok in Human Resources and Real Estate, Songkran married and then moved to Chiang Mai with her husband. They now have two strong and very active young boys. In 2000, Songkran felt called by God to work with the Christian Broadcasting Network’s  (CBN) Operation Blessing department, working in the area of community development. Songkran has always had a love for children and in 2010 she was given the opportunity to work with CBN’s Orphan’s Promise department. It is here with Orphan’s Promise where Songkran acts as the Assistant to the Regional Manager for Asia-Pacific. During this time, Songkran has managed a family-based care project that partners with local churches to strengthen vulnerable families for orphaned and vulnerable children. This project is called Keeping Families Together (KFT). After managing the project in Chiangmai for three years, Songkran helped assist the local church to take full management of the project, which is now being run very successfully. Songkran also helps to supervise other OP funded projects across S/E Asia and helps local churches to serve their communities through KFT. Since 2009, Orphan’s Promise has now assisted more than 50 families through the KFT project. In April 2016, Orphan’s Promise will be supporting KFT projects in Thailand, Myanmar, Indonesia, Laos and Vietnam, all of which Songkran will help to support by offering her knowledge and experience to those managing the projects, as needed.